Lately I've been noticing a trend in guys. A very bad trend, I must say. Simply put, there are things that many men my age and older can't do. No, I'm not talking about things like extracting an infected tooth or performing open-heart surgery. I'm talking about the simple things—like how to change your tires, check your oil, tie a tie, etc. I guess the most obvious explanation would be that there's a shortage of fathers in the home. But I'll try to dig a little deeper. Because in this day and age, there isn't one single piece of information that can't be found if you want to find it; the almighty Google has you covered. So I think it's just laziness, which is probably one of the most, if not the most, unattractive qualities a man can have. (Maybe having a third arm is a rough one to overcome, as well.)

But all joking aside, I was fortunate enough to have a great dad. One who taught me a lot of things growing up. So I've decided that I'm going to do the same thing for my son. Because I want to make sure that he's well-equipped to function is this world when he gets older.

So with Father's Day right around the corner, I thought that it would be fitting to put a challenge out there to all the dads who have sons. The challenge is to "man up." Teach your boys how to be men. Also, teach them some of the little things. Teach them about your interests. Help them become cultured. Help them understand that there is a huge world full of opportunities out there. Let them know you believe in them. Give them confidence. It will make you proud when they're grown.

And for the guys who don't have sons yet, there's a great book out there that gives a lot of tips called Rules for My Unborn Son. Some of the tips are of the tongue-in-cheek nature, but others are truly valuable. And don't worry, the book may look thick, but I finished it in under an hour. For dads and dads-to-be, I think you should go find it at your local library and give it a look. Honestly, I think it's well worth a purchase just so you can have it for reference.

At any rate, I decided to document myself teaching my five-year-old son, Isaiah, a few of the many things my dad taught me.

Chess is known as "the thinking man's game." It teaches you how to be patient, predictive, influential, and aggressive. My dad taught me when I was in 5th grade and I proceeded to take the class by storm while everyone else was still stuck on checkers. 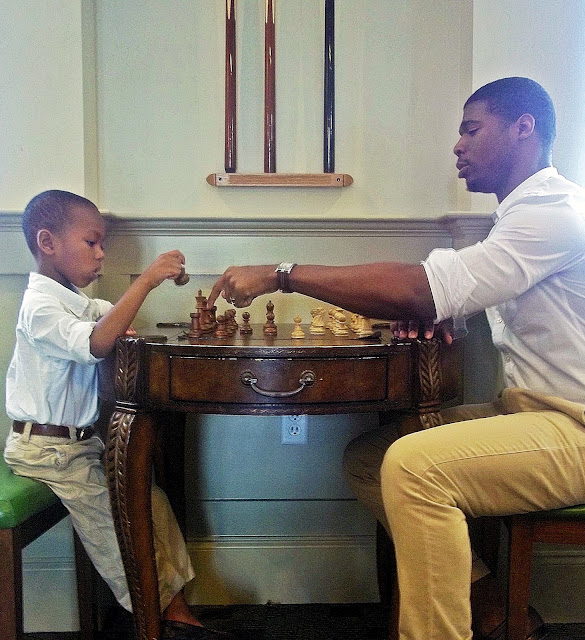 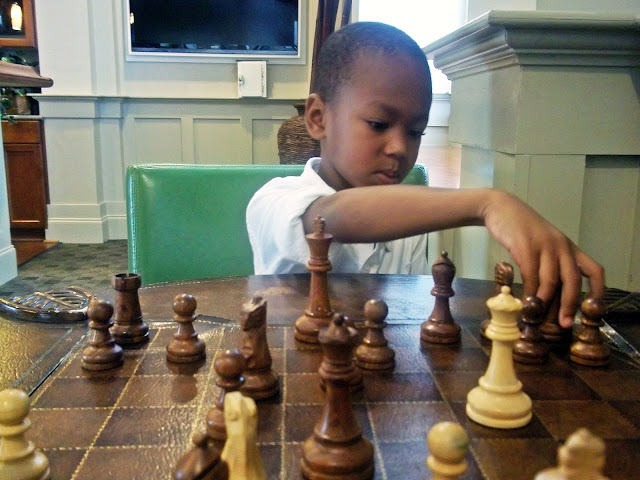 I think I was about four or five. My dad had a navy blue '73 Chevy Monte Carlo and he took great care of it. It was as clean as sugar. I've been told stories about him driving so slow down dirt roads that babies could crawl faster than he moved. And to top it off, once he got to the end of the dirt road he would pull over and apply another coat of Armor All to the tires. That's precious. My dad thought so much of me that he allowed me to sit in his lap one day at such a young age and attempt to steer the Monte Carlo. Needless to say, I failed. We were in a ditch quicker than Maurice Clarett's NFL career. So I did the same for my son, and, actually, he did a lot better than I did. 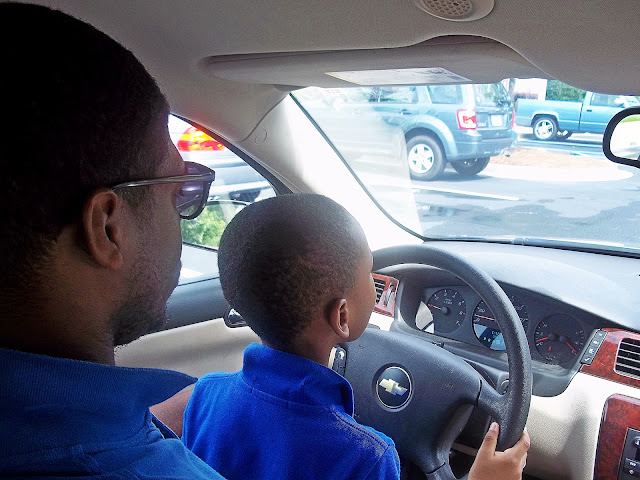 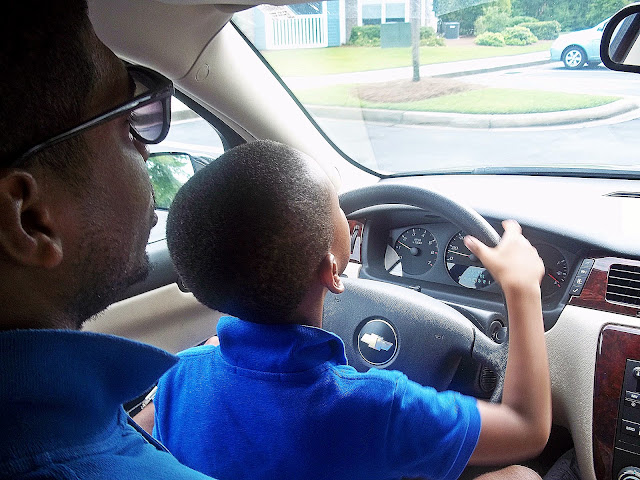 This is a big one. I'm not really sure what the big deal is—there are more than a million YouTube videos on how to do this. But, like I previously said... laziness. Anyway, no super cool story about this one. I got my first real tie for Christmas around the age of 10 and that's when he taught me. If I remember correctly, I think I caught on pretty fast. Who would have thought I'd end up being into fashion? 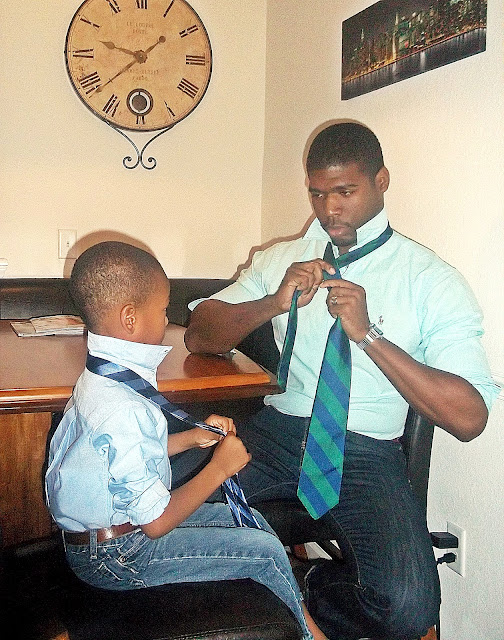 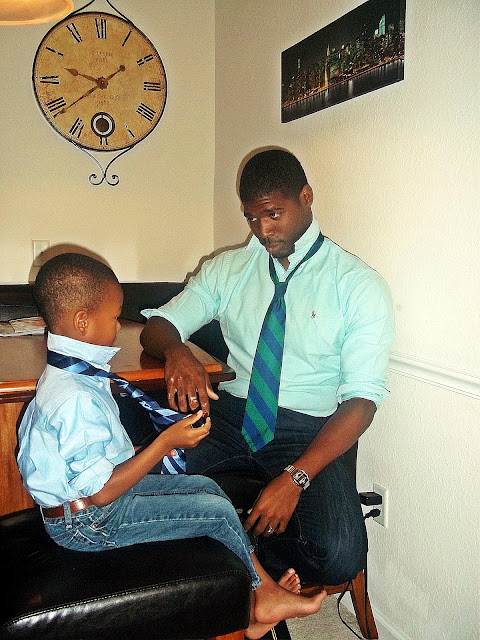 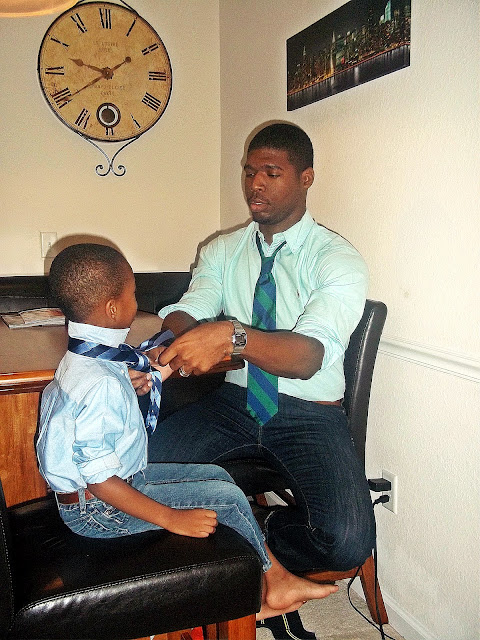 I was really excited to teach my son this one simply because I remember when my dad first introduced one of his favorite foods to me. This may surprise you but, no, it wasn't cheesecake. My dad taught me about honey buns topped with cheese. I don't really remember the origin, but it was just one of those things where I was just doing everything I saw my dad do. He was notorious for keeping a little cupboard of snacks right beside the recliner. It was always well-stocked—honey buns aplenty. And then one day I saw him put cheese on his honey bun. It blew my mind. But, like I said before, I just wanted to do what he did. So I tried it and I loved it. It was my favorite treat for years. Until, of course, I discovered cheesecake. But an icy white honey bun with good ole American cheddar still holds a place close to my heart. I was really undecided on which one to use for this post, but, let's be serious. You already know what time it is... 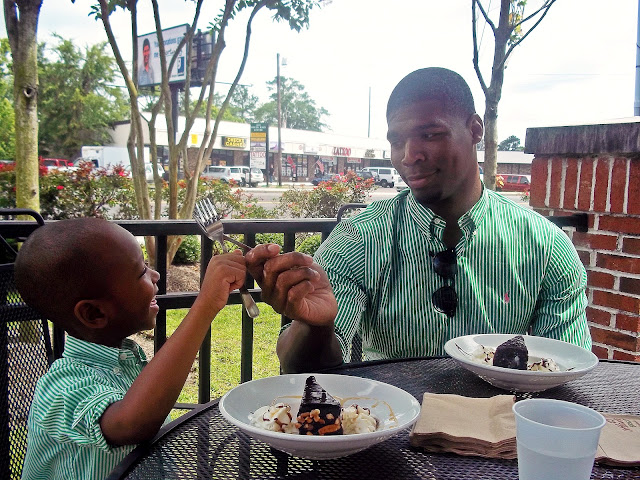 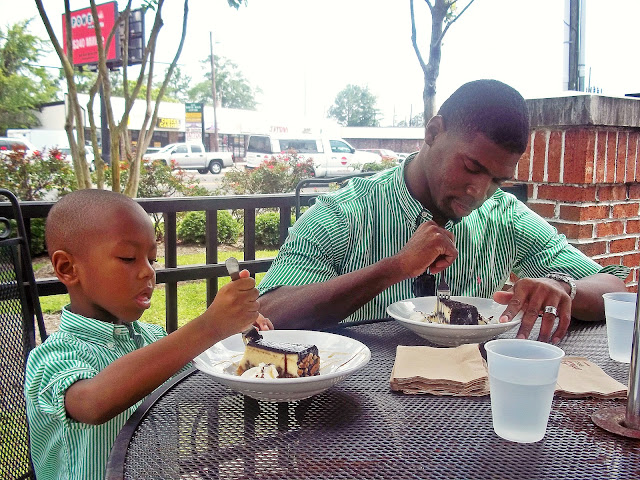 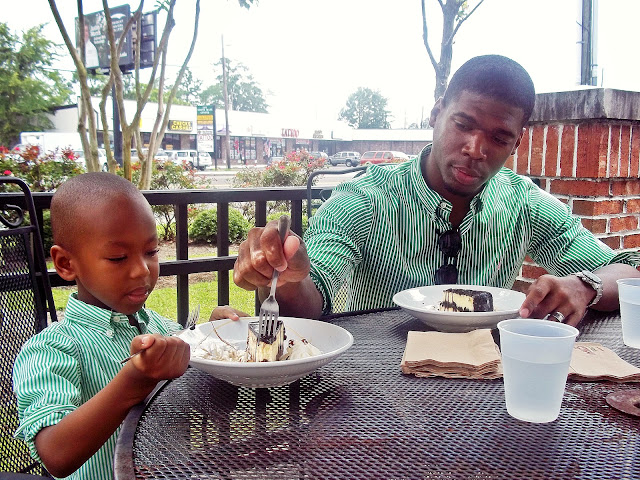 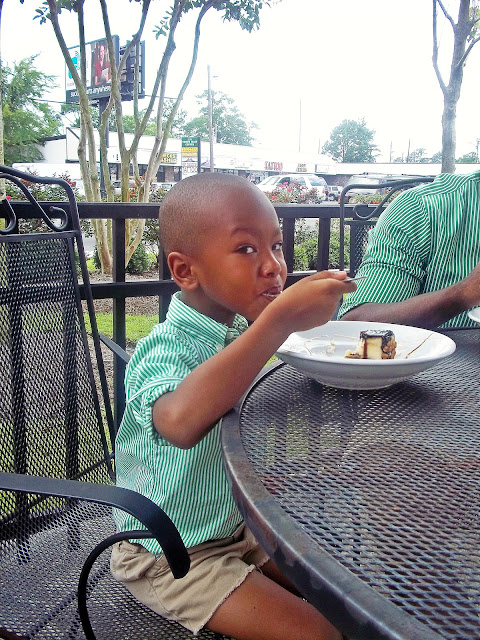