Tons of Tweed Part 2: The Ride

Yesterday I posted about the pre-ride social for the Roanoke, Virginia Tweed Run. Today I'll show you guys some pictures of the actual ride.

We started slightly outside the city and finished up downtown. All in all it was a little more than five miles. A simple ride that any beginner could do. So for someone like me, who's normally knocks out 10 to 20 miles on a stationary bike three times a week, it sounded like a breeze. So I took on the challenge of attempting to snap photos while riding. Well, it nearly backfired. I haven't been on a "real" bike since high school, nearly 10 years ago. So for the first two blocks of the ride, I was almost certain I was gonna ruin my vintage Harris Tweed blazer on the asphalt. But I quickly found my "bike legs," and soon after I was snapping photo after photo. 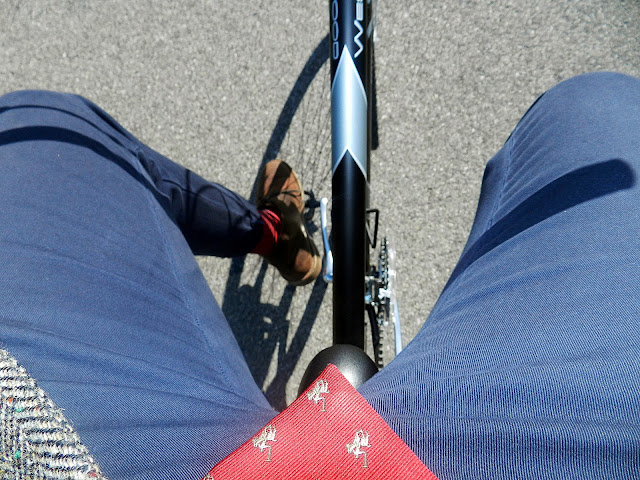 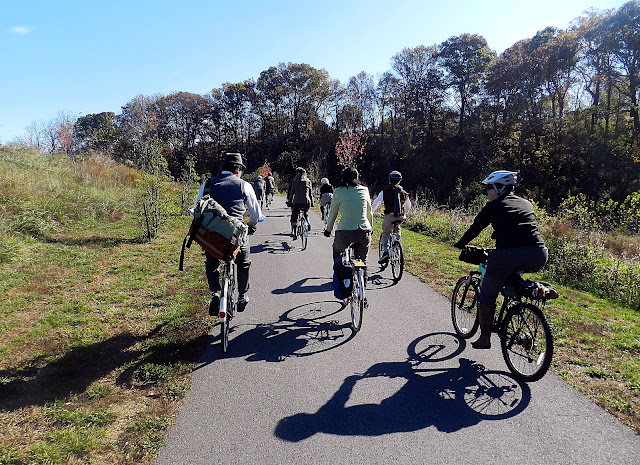 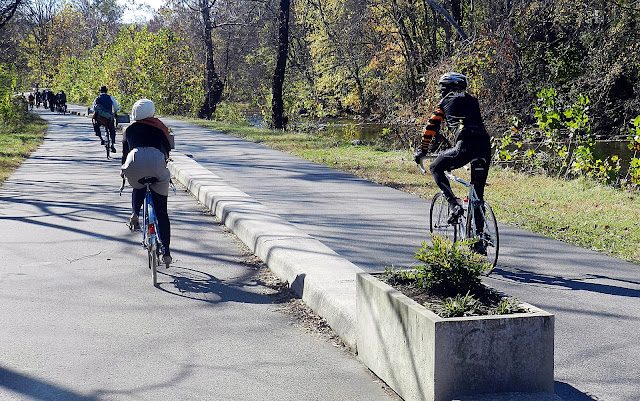 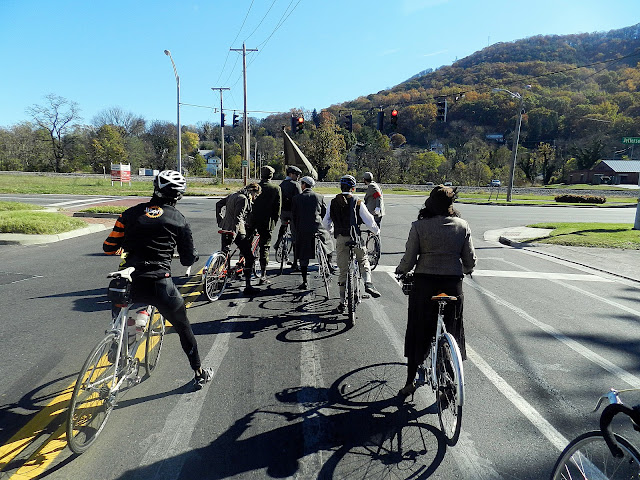 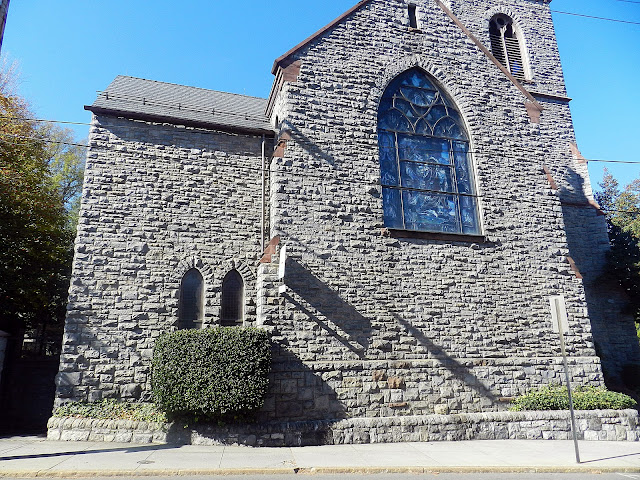 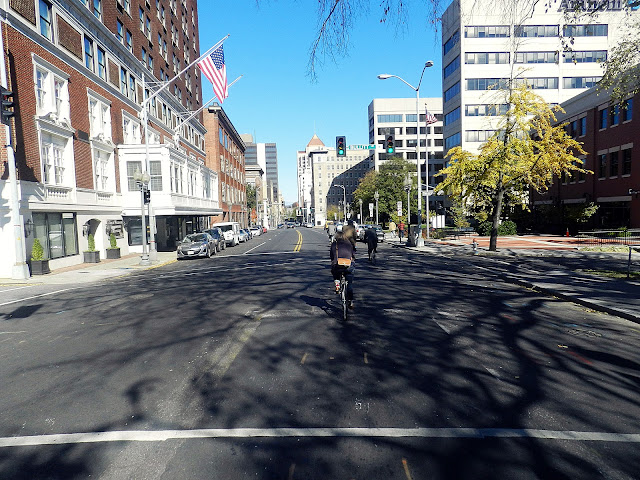 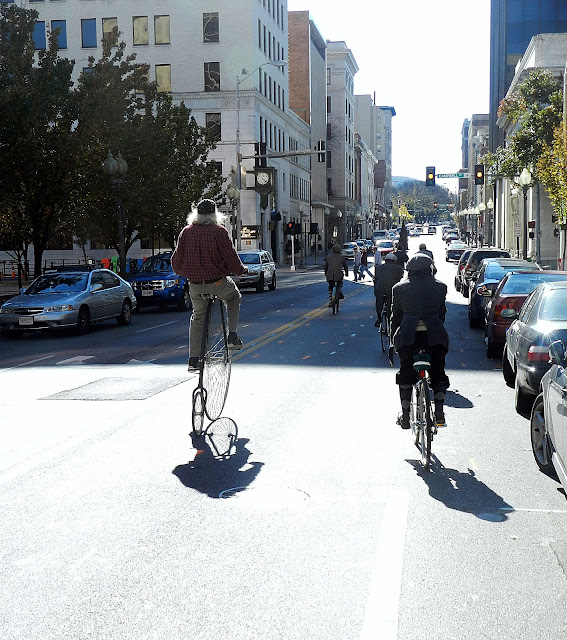 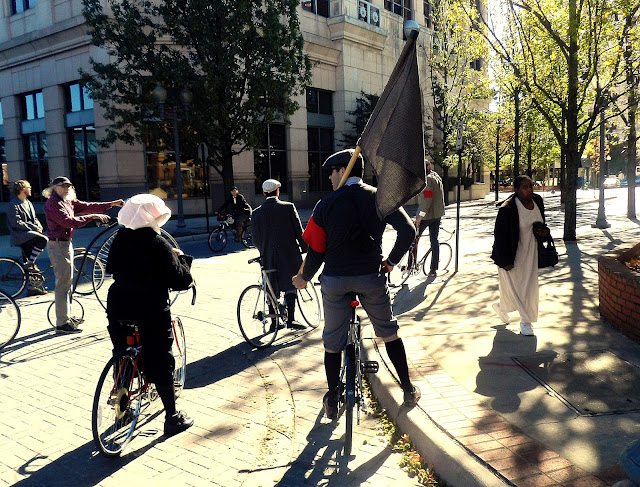 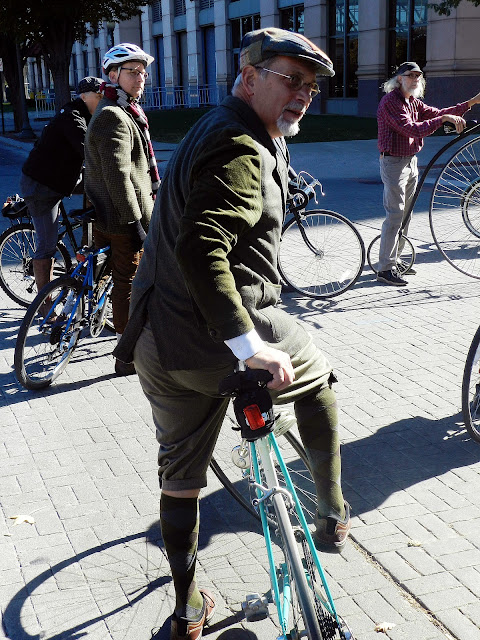 Right before the end of the ride, we stopped at a historic train station to snap a quick photo. Then we headed to Flanary's, an Irish pub in downtown. Apparently it's a Tweed Ride custom to bond over a round of beers at the end of the ride. But being that I don't drink, I made an effort to join them and had some beer-battered onion rings. Which, unlike other places that offer the same, weren't overpowered by a "beery" taste. And I washed it down with a shepherd's pie. First time I've ever had it, and I was not disappointed. 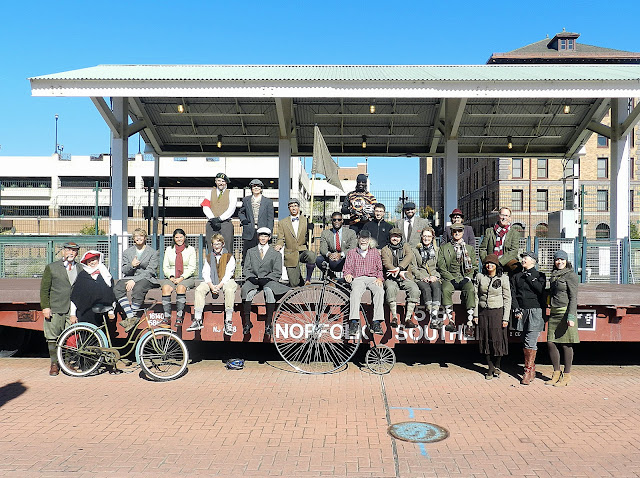 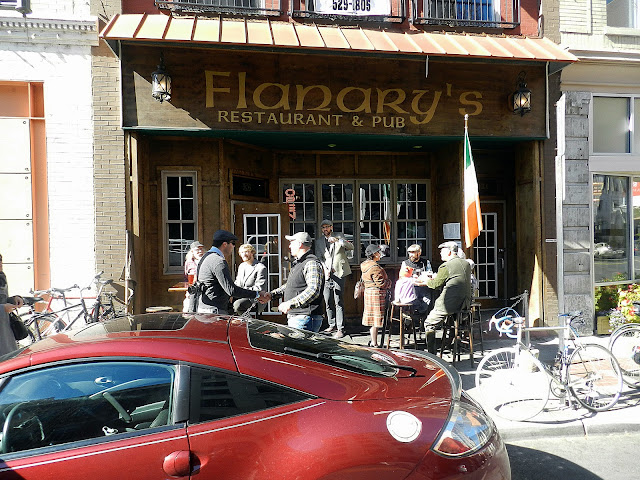 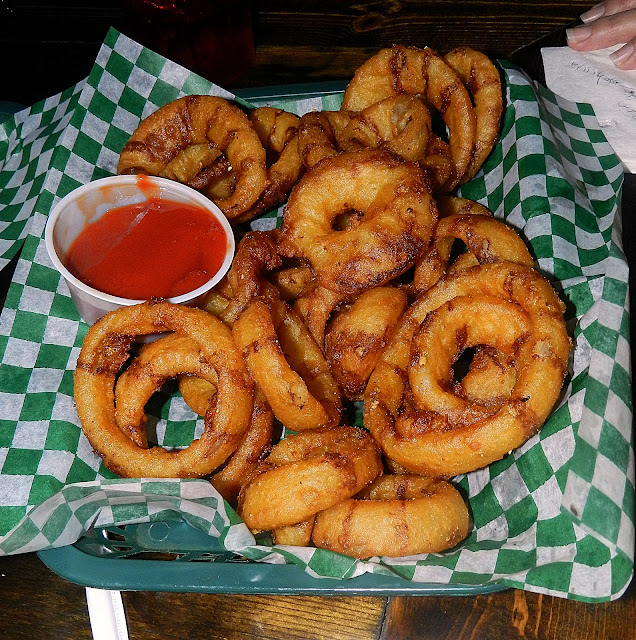 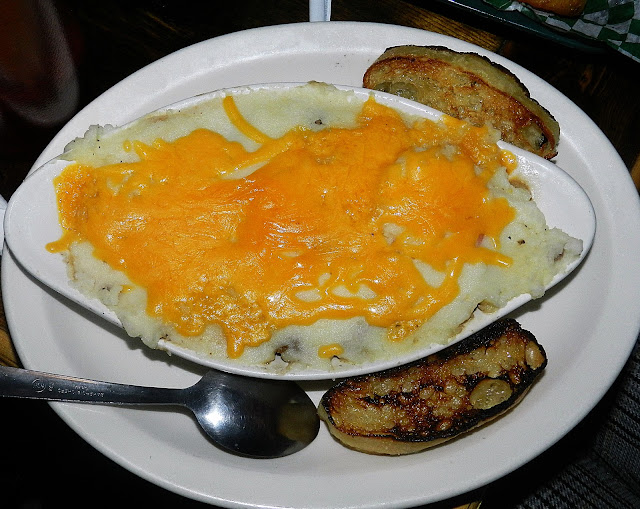 So there you have it, folks. This their second year putting on this event and I'd say it turned out pretty well. I'm already looking forward to next year. I'm also contemplating taking on the task of doing this awesome event in Charleston. Anybody wanna help? Leave a comment below. Because I think downtown Charleston would be perfect for an event like this.