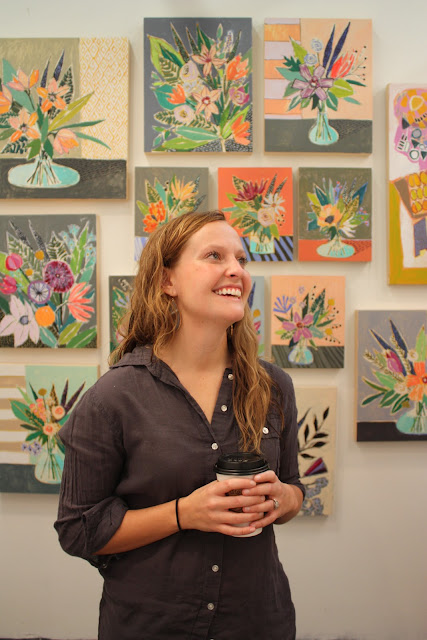 One of my major [MAJOR] artist crushes, Lulie Wallace, is paying us a visit today. You know, the girl behind all the mind-blowing floral paintings gracing the web lately... 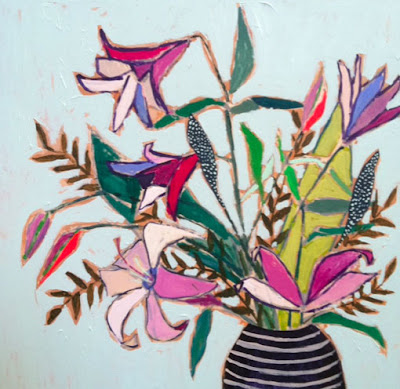 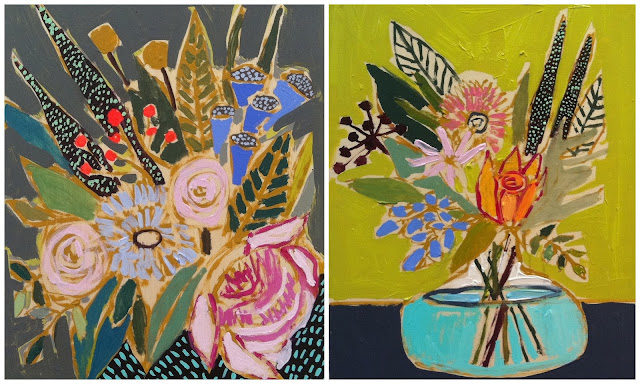 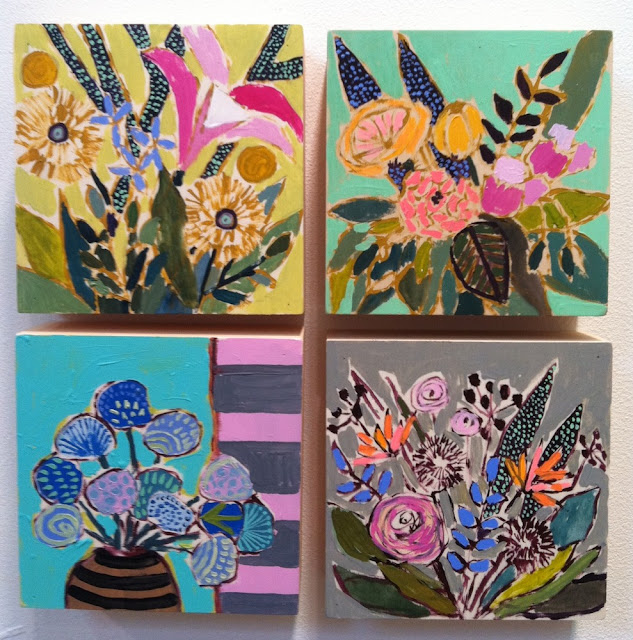 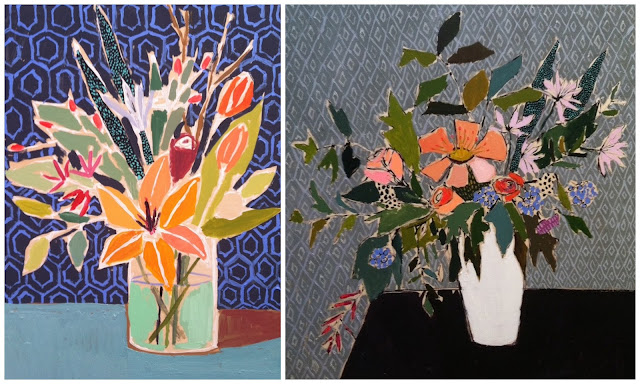 Last week I spent a morning with Lulie in her studio and chatted about lattes, painting, letterpress, and everything else under the sun. To say that this girl is inspiring is just not enough. Lulie's the kind of girl who sticks with you long after you leave her side... kind of like her art. And like her, the longer you look at her colorful pieces, the more you find to love. 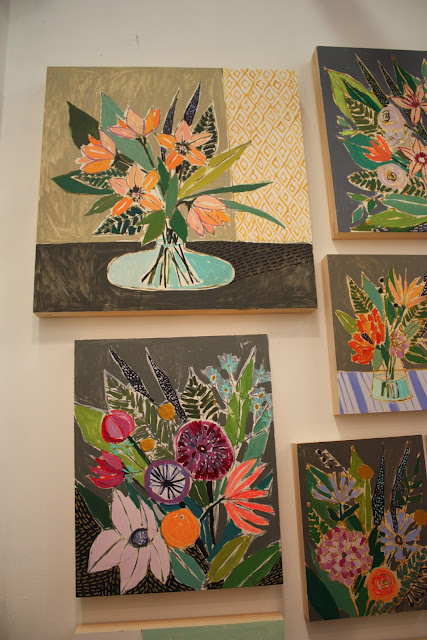 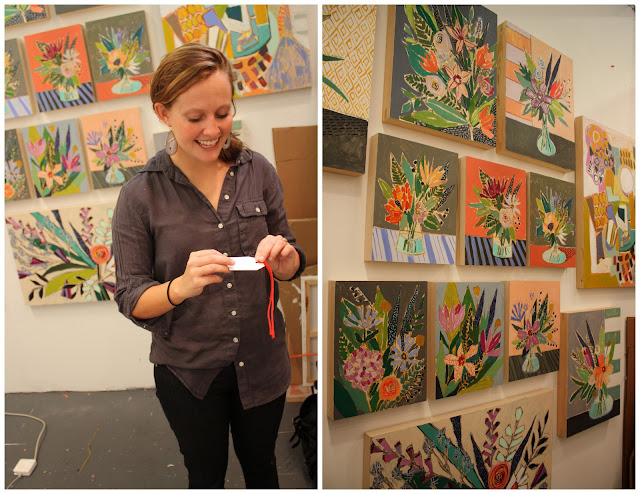 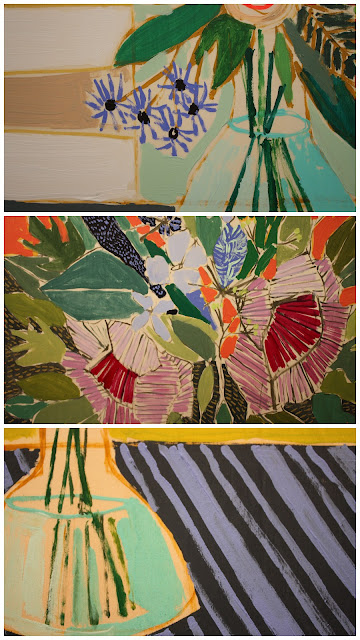 I had a few questions for Lulie: 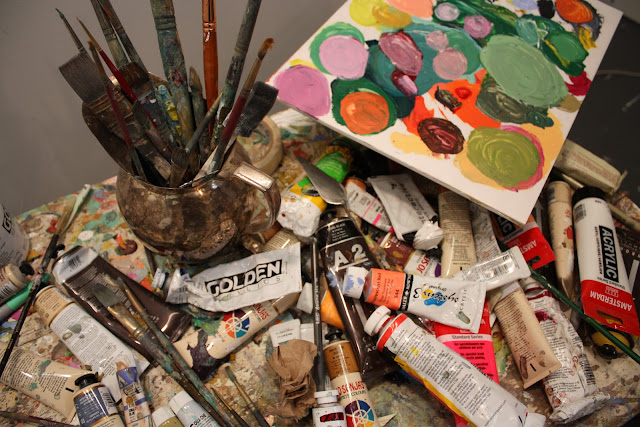 LLL: We're hopping a jet to Paris. Where do you want to go first?

Lulie: EXPLORE everything I can before I hop back on!! Museums, flea markets, food, shops... everything!! 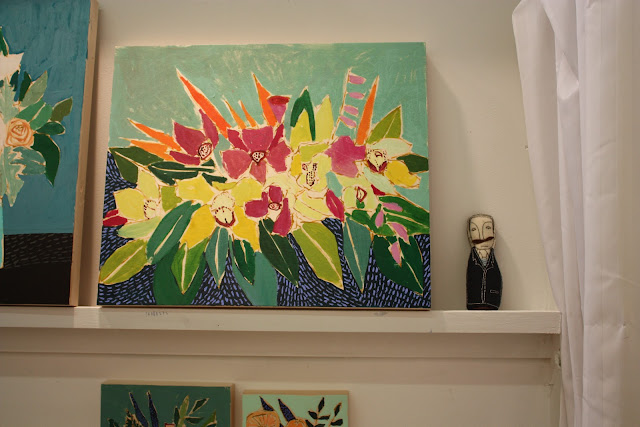 LLL: What is your greatest extravagance?

Lulie: This sounds hilarious, but it's probably our dog! Abe is a chocolate Labradoodle and he was worth every last penny!! He is a total sweetheart!! 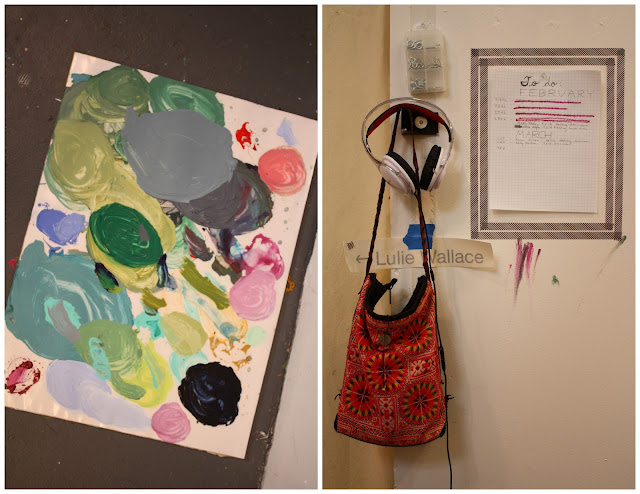 LLL: What would you have been found doing on a Friday night in high school?

Lulie: After seeing the Brookstone Cougars dominate on the football field, I would probably be hanging out in one of my best friend's basements. When we first got to high school, Sally's parents moved into a 70's ranch style house and totally remodeled the upstairs BUT left the green shag carpet on the basement floor because they had three high school kids and didn't want to remodel the downstairs until they all left for college. We thought that shag carpet was amazing and it was definitely our hang outspot!! 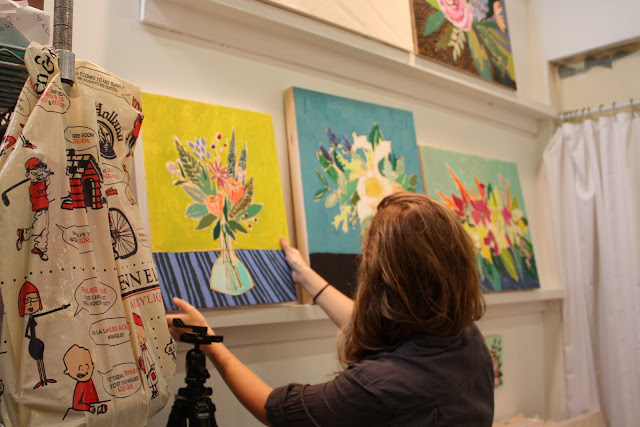 LLL: What is your favorite piece you've painted?

Lulie: Right now my favorite is this 36x36, Flowers for Cape (below). I think the reason I love it so much is because I changed it about four times before I stopped messing with it!! It was one I put a lot of work into, lots of layering and lots of time, but I think it turned out really nicely. I feel like I also like knowing the story of where it started and where it ended up! 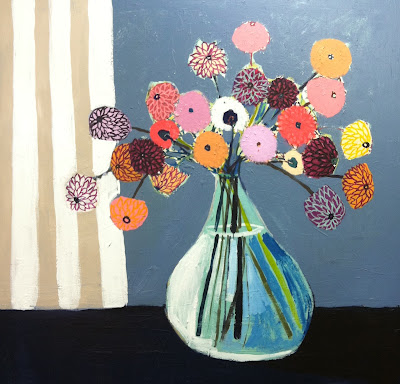 LLL: From which store does most of your wardrobe come from?

Lulie: This is a pretty easy one. If you know me, you probably know my deep love for the store Anthropologie. I can't go through any major city without popping in!! My husband and I drove up the California coast last summer and we probably stopped in about four Anthropologies along the way. (My poor, sweet husband!!) I believe it is a very magical store!

LLL: We're heading out for girl's night here in Charleston. Where do we go?

Lulie: Monza for pizza and Cocktail Club for drinks!! Pizza is definitely my favorite food and I absolutely love the warm, cozy interior of Cocktail Club! 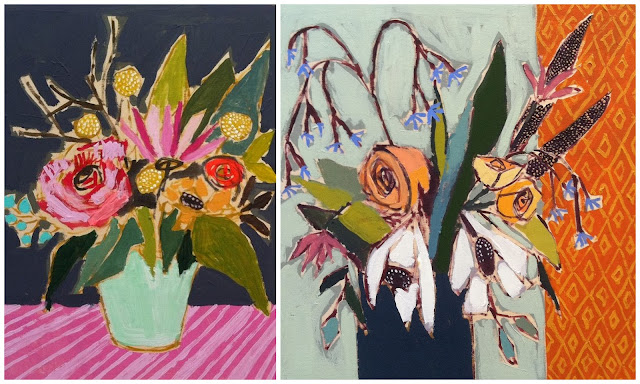 LLL: Who would you be over the moon to have buy your art?

Lulie: Zooey Deschanel! I love her style, her music, and her perky little personality! I would be super pumped if she wanted one of my pieces!!

Lulie is a peach. And good things come to good [talented] people. Urban Outfitters just picked up this painting and will be selling the prints in stores in the very near future! 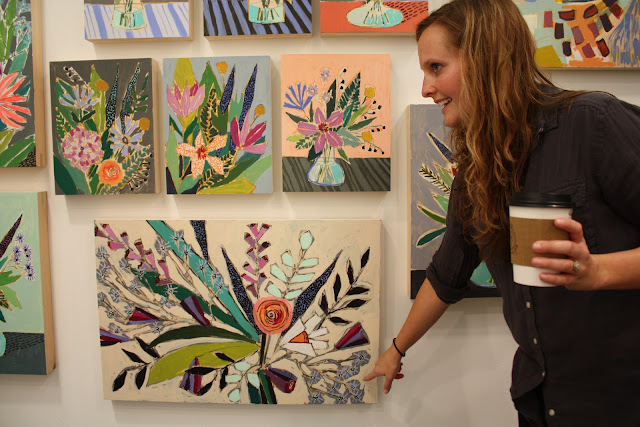 And Lulie will soon offer stationery on her website too (I'll buy the first set!)... 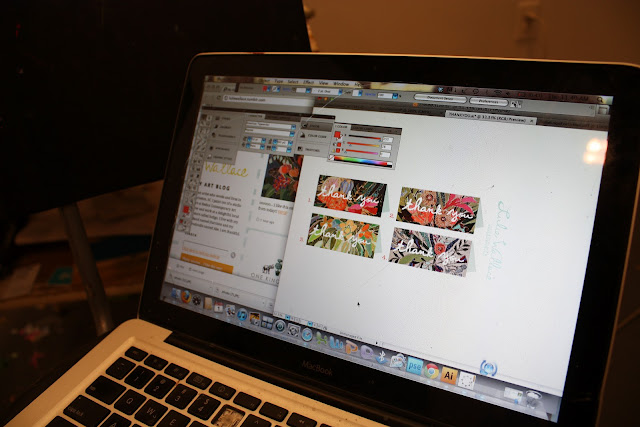 And of course her paintings will no doubt continue to fly off her shelves (probably helped out by some of you!).

Thanks for taking the time to show me around your studio, Lulie. Your work is just as beautiful as you are on the inside and out. 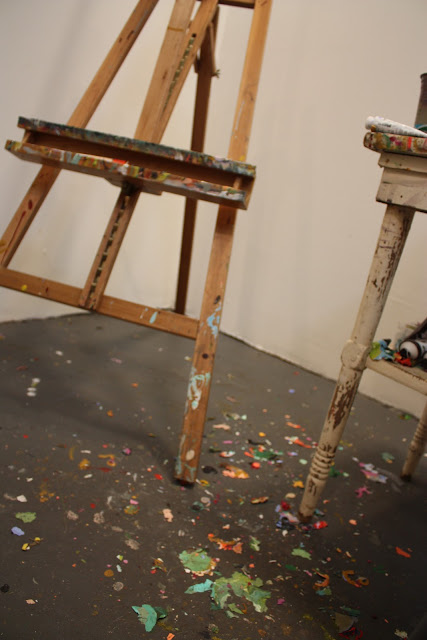