Thank You Beary Much

Ever since I was a kid, I've had a thing for stuffed animals. I'm not really sure where it came from, but it's just something about the feel of them. I mean, I had a ton of superhero action figures, too. But they were made out of plastic and only a few inches tall. Stuffed toys were always bigger and softer. Before your mind starts to wander, no, I've never done anything inappropriate with them. Grow up, people, lol. Just a mere admiration.

Recently though, it's gone from stuffed animals in general to stuffed bears. But not just any bears—Ralph Lauren bears. Back in 1996, the Ralph Lauren company began distributing stuffed bears wearing the brand's clothing, typically releasing one to three cubs per year. And the tradition is still going strong. The lastest one, released this year, is covered in 100 percent cashmere. Nope, I haven't gotten around to getting that one yet. However, as of now, I do have eight bears in my collection, and yes, I've named them all. I'm not sure when I will make another addition.

Less than a year ago I stumbled upon a necktie covered in what else but Ralph Lauren bears. Of course it was a no brainer. I had to pick it up. 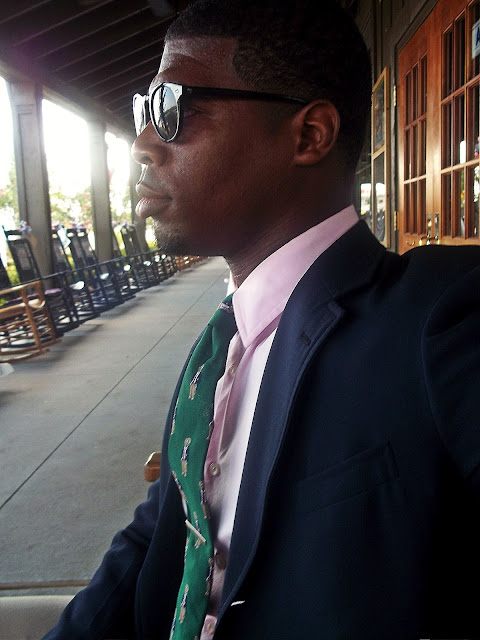 I chose to showcase the bear below because it's my all-time favorite. Part of the reason why it's my favorite is because I got into an eBay bidding war to get it and it ended costing me the most. But mostly it's my favorite because he's wearing the iconic navy blue polo with the red pony. Naturally, I named him Ralph.