As I was hanging out downtown a few days ago, I spotted this dashing crew on their way to a wedding at a church around the corner. I can totally appreciate a well-dressed guest list. There are few better times to look your absolute best than when you're attending a wedding.

Here are a few reasons why: 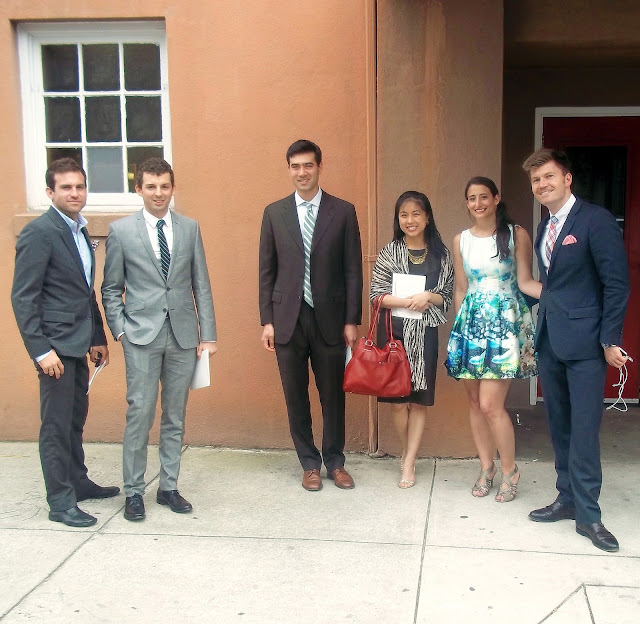 News flash—the wedding party will not be the only ones taking pictures that day. A wedding is an event in which at least 80 percent of the room will be armed with a camera, so your chances of being in a picture are pretty high. Make sure you're looking your best because those shots will be passed around many times in the weeks and months to follow. You want to be remembered

as a stud, not a schmuck.

Lots of hot singles attend weddings. I know a few people who go solely for that reason. And as shallow as it sounds, those who are looking good have a way better chance at making a connection with someone. So especially if you're single and looking, why wouldn't you want to present yourself in the best way possible? You could end up planning your own wedding soon.

Would you show up to a job interview in a T-shirt and some blue jeans? No? Then don't wear them (or anything else that would mistake you for being a crasher) to a wedding, either. If it says "black tie" on the invitation, wear a flippin' black tie. If the dress code isn't clearly stated (which it most likely will be) then a simple call to the bride or groom beforehand will ensure that you show up properly dressed. It's that simple. They took the time to invite you when they didn't have to, so it's a privilege to be there. When you show up looking your best, it says to them that you care about their special day. I know the divorce rate is high, but many people will only get married once, so you may

never get that chance again.

Here are a few standouts of the group and what they got right:

What's the kicker? The madras tie and the perfect pop of color coming from the pocket square. He lets the tie do all the talking by keeping the rest of the look simple. Remember: don't overdo it.

What's the kicker? The beautiful graphic on the dress, although I can't tell if it's an Arctic Ocean scene or an Asian rain forest. There's nothing wrong with wearing a solid-colored dress, but one with a pattern or some graphic exudes more personality.

What's the kicker? The tie and lapel widths are perfectly in proportion to each other. If you're wearing a narrow tie, you should make sure the lapels on your jacket are narrow, as well. Another plus? The slim fitting pants with barely any break. You don't want your pants to form a "puddle" around your shoes. This gentleman is demonstrating perfect form.