The following blog was originally posted at Angel's Point of View

It's the number one city in the country to visit, a cultural tourist destination with historic tours, cruise ships, and now plenty of fanny packs. Peel back the commercial pomp and circumstance, and you'll find a passionate local community and yes, fashion. Charleston's southern charm is well-documented, as well as its perception of southern style, even with a thriving yearly fashion week, the men's style in the Holy City portrayed in magazines, blogs, and TV is fairly fabricated. It's hard to swallow, but the fact is, bowties and long ties are still mostly only seen at weddings and other special occasions. The southern man has a "newer" longstanding uniform that needs to go—khakis, polo shirts, Costa del Mar's on croakies, sandals, or the ugly version of Sperry's, visors if they're super douchey, North Face fleece if cold. Done.

Newer downtown additions like Billy Reid and Indigo & Cotton have brought collections of clothing that weren't options before. These shops with modern-fitted, more dapper menswear have a new class of fashion-forward gentlemen dressing the part. Newcomer Desmond Kinlaw, for instance, isn't playing games; voted one of Charleston magazine's most stylish in early 2012, he's since launched his personal style blog Chinos and Cheesecake and is taking on the men's style front full-force. Here, he's banded together a few fellow Charleston-based dandies for the most dapper of afternoon meals followed by cocktails and captured by none other than the King of Southern Streets Style, David Verde, who's certainly no stranger to sharp dressing, but happily at home behind the camera while Kinlaw and his crew took the spotlight and showed off some ankle.

It might be a short commencement this year, but often the first group of graduates are in small numbers. It's only a matter of time before more Lowcountry men will become alum of the new wave of men's fashion elite.

Without further ado, here's to Charleston's New Class of gentlemen, class of 2012.

All photos by Angel David Verde 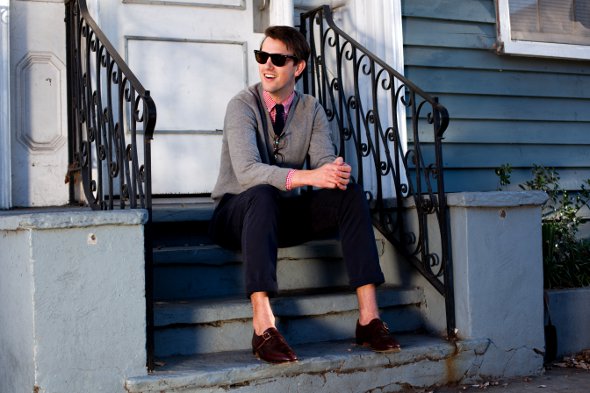 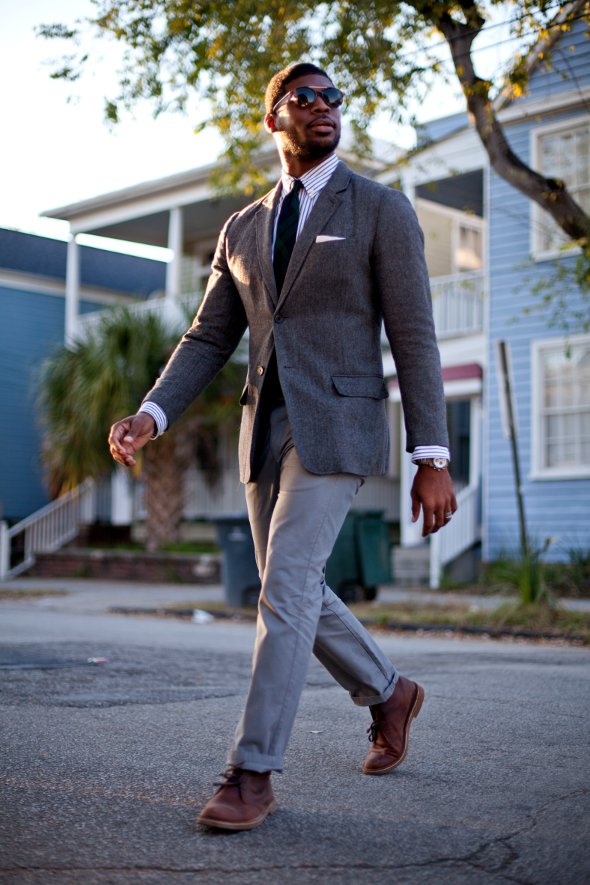 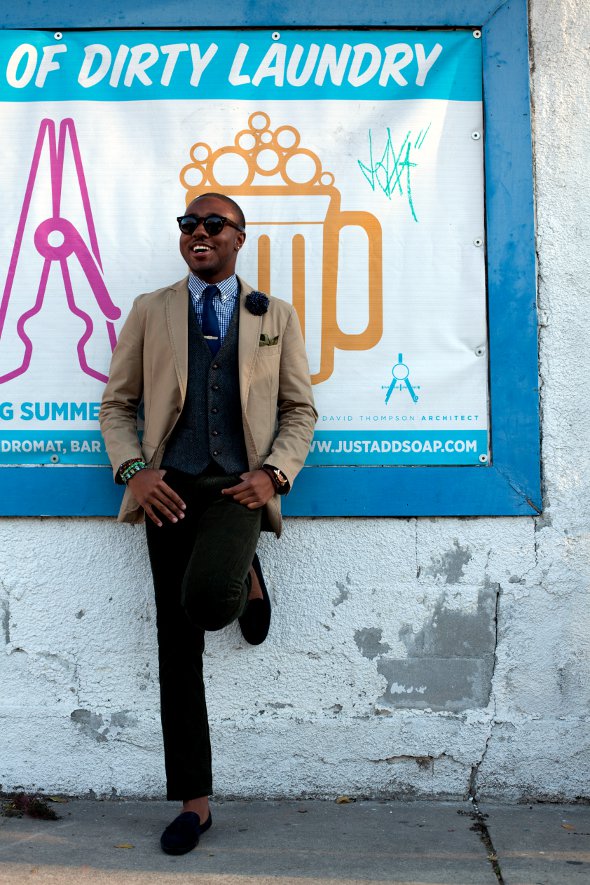 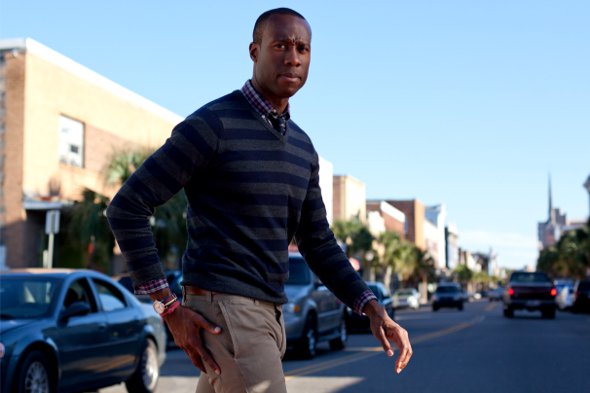 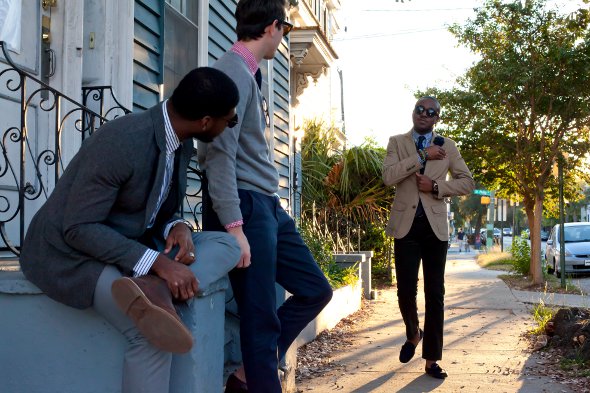 Desmond, Stephen, and Carl on Cannon 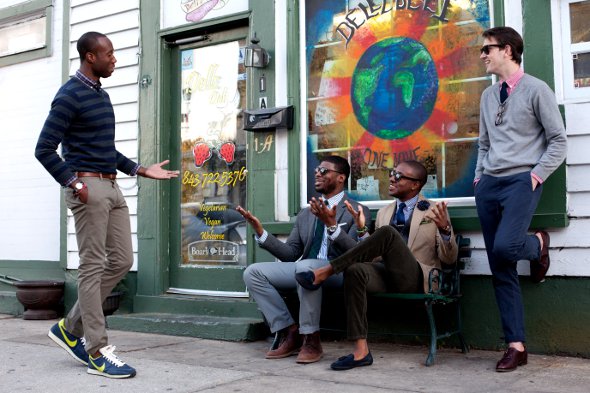 The boys at Dell'z Deli, corner of King and Cannon sts. 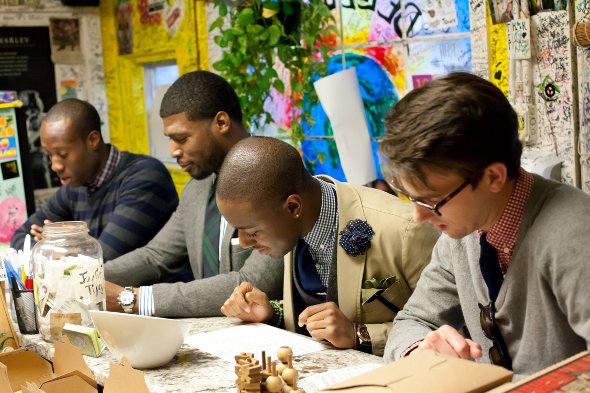 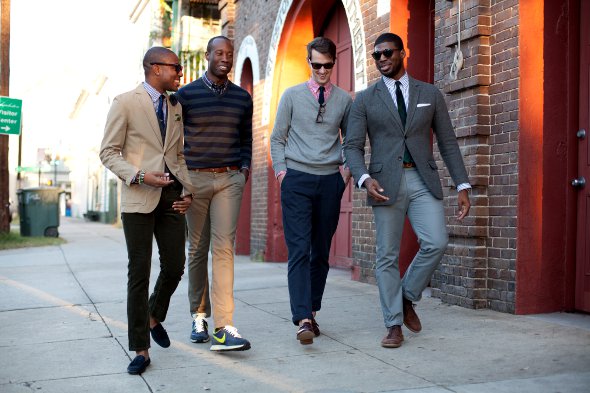 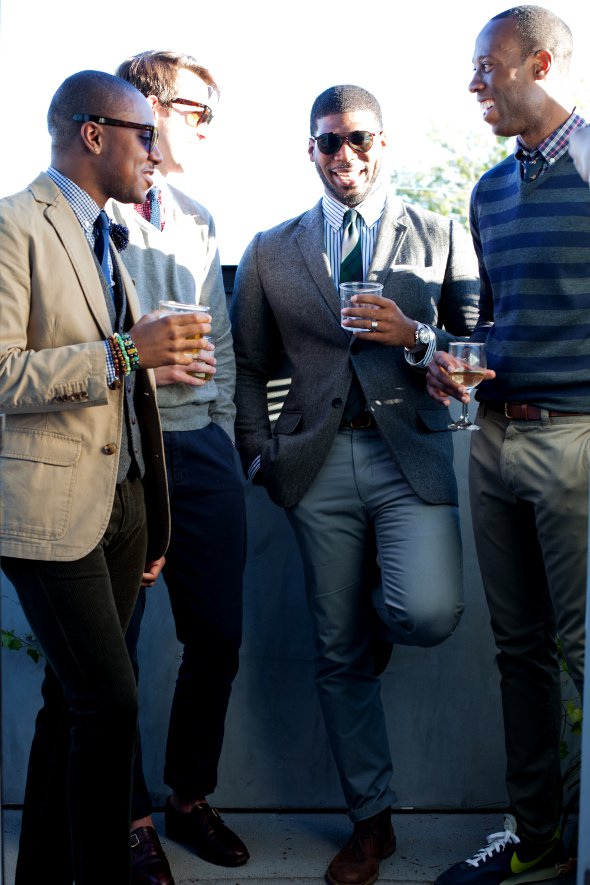 "Third-floor balcony of a random lady who randomly invited us up." —Desmond Kinlaw