AUTHOR
Thomas Wilkinson
Thought about the theory of cognitive dissonance lately? Or how about UFO cults? If not—here's your refresher. It just may be the problem behind today's accuse-and-ignore style of politics... 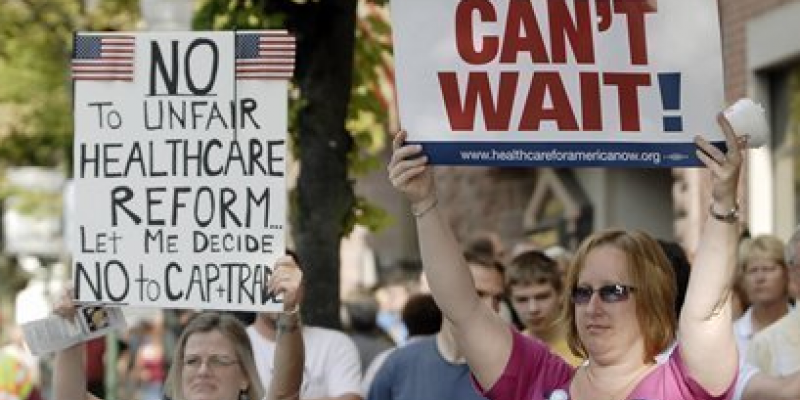 A man with a conviction is a hard man to change. Tell him you disagree and he turns away. Show him facts or figures and he questions your sources. Appeal to logic and he fails to see your point.

So reads the first lines of Leon Festinger’s classic work of social psychology, When Prophecy Fails: A Social and Psychological Study of a Modern Group That Predicted the Destruction of the World. His sentiment is felt no less strongly today than when he first penned that opening in 1955. A man with a conviction is a hard man to change, indeed, but to change a man with a political conviction is a near impossibility.

No subject proves more unwieldy and more likely to elicit anger and frustration from those discussing it than politics. Common etiquette suggests to avoid it altogether in polite company, the implication being it can turn said company impolite. Those discussions are reserved for family, but many a family dinner has been marred by clashes over current events. We approach our political beliefs as we would strategic outposts in a military campaign. Once established, they’re to be fortified and defended at all costs.

Why do Democrats bristle at the mention of George W. Bush and Republicans react to the name Barack Obama as Roman children did to Hannibal? What is it about politics that turns the public forum into a battlefield and subscribers of differing political philosophies into enemies?

By 1954, social psychologist Leon Festinger had already developed his theory of cognitive dissonance. “This theory,” he writes, “centers around the idea that if a person knows various things that are not psychologically consistent with one another, he will, in a variety of ways, try to make them more consistent. Two items of information that psychologically do not fit together are said to be in a dissonant relation to each other. The items of information may be about behavior, feelings, opinions, things in the environment and so on.” Simply, people don’t like holding two conflicting ideas simultaneously and will attempt to reconcile that conflict.

A smoker of cigarettes knows that it is harmful to her health. There is conflict: she enjoys smoking, yet knows of its dangers. To minimize that conflict, she can do any or all of three things. She can change her behavior or beliefs about smoking (quit), acquire new information or beliefs that increase existing consonance (“It keeps me skinny and prevents me from snacking”), or reduce the importance of the dissonant cognitions (“Most of those are old studies using unfiltered cigarettes and my brand is different”).

Festinger’s exploration of the extent to which people strive for cognitive consonance led him to examine apocalyptic groups throughout history. He discovered that when certain conditions were met, the followers of false doomsday prophecies didn’t become disenfranchised and leave the group as one would expect, but became even more devout and proselytizing.

Such was the case with the Seekers, a contemporary doomsday UFO group active near Chicago. Seeing a newspaper article in which local housewife and the group’s founder, Dorothy Martin, announced aliens from the planet Clarion informed her the Earth would end in a great flood December 21, 1954, Festinger and his colleagues pounced on the opportunity to observe a modern, massive test of cognitive dissonance theory. Their undercover observations led to the book referenced at the beginning. Its narrative style makes for a fascinating read and provides insight to the social pressures and psychology that force the Seekers further and further into their own belief system.

In the book, Festinger lays out five conditions that typically predict a strengthening of belief and proselytization after a massive disconfirmation, his term for when a specific prophecy doesn’t come true:

1. A belief must be held with deep conviction and it must have some relevance to action, that is, to what the believer does or how he behaves.

2. The person holding the belief must have committed himself to it; that is, for the sake of his belief, he must have taken some important action that is difficult to undo. In general, the more important such actions are, and the more difficult they are to undo, the greater is the individual’s commitment to the belief.

3. The belief must be sufficiently specific and sufficiently concerned with the real world so that events may unequivocally refute the belief.

4. Such undeniable disconfirmatory evidence must occur and must be recognized by the individual holding the belief.

5. The individual believer must have social support. It is unlikely that one isolated believer could withstand the kind of disconfirming evidence we have specified. If, however, the believer is a member of a group of convinced persons who can support one another, we would expect the belief to be maintained and the believers to attempt to proselyte or to persuade nonmembers that the belief is correct.

The Seekers satisfied all these conditions and responded to their eventual disconfirmation as Festinger predicted. The date of the prophesied flood was also when flying saucers were slated to save the faithful Seekers who had heeded the warnings from planet Clarion. Midnight came and went for the expectant members with no appearance of saucers or spacemen. Facing this disconfirmation, the Seekers, instead of acknowledging the falsity of their beliefs, rejoiced that their faith had called off the disaster. In the words of Dorothy Martin, “The little group, sitting all night long, had spread so much light that God had saved the world from destruction." This “good news” resulted in increased proselytizing and availability to the media where once there had been little. They were a group transformed.

While the Seekers may be an extreme example, it demonstrates the absurd lengths to which people will rationalize and delude to achieve consonance. In the weeks preceding December 21, some members broke up with non-believing significant others. Others quit their jobs or stopped going to work altogether. As a prominent member put it, “I’ve had to go a long way. I’ve given up just about everything. I’ve cut every tie: I’ve burned every bridge. I’ve turned my back on the world. I can’t afford to doubt. I have to believe. And there isn’t any other truth.”

These men and women believed they were doing the right thing by sacrificing so much. No one of them awoke one morning intending to follow a false prophecy and subject themselves to public ridicule when it was proven untrue. They, like a the vast number of people, were motivated not by greed or some spirit of malevolence, but a genuine belief that they were doing what was right. They committed themselves so thoroughly to that belief that it became part of them -- identified them. They were the Seekers. Their actions and lives had become so inseparable from their prophecy that when it proved untrue, when the dissonance between the reality and the promise was so great, they had no other choice but to batten down the hatches and defend at all costs the lives they had chosen.

Although most of us won’t be waiting for flying saucers anytime soon, we’re no different when it comes to how we invest ourselves in our beliefs and make them our identity. Much of modern political discussions are not about beliefs themselves, but the individuals who espouse them. When did you last see a political debate that focused exclusively on political ideas and not politicians?

Instead of debating the merits or demerits of an idea or political policy itself, we focus on who is for or against it. The people in the discussion become surrogates for the idea, living representations of a specific political outlook. To have a D or R by your name is to have a belief system grafted on your person. You’ve made a commitment by lending your identity to those ideas. We become that which we believe and seek out like-minded individuals to fortify and reinforce those beliefs. Of course, we know that we are doing what is right and our belief system naturally follows.

This fact is seldom acknowledged in today’s political climate. We know our intentions are pure and select our political philosophies by endorsing the actions and policies that we believe will best achieve those ends. When encountered with someone who holds a different political belief, however, cognitive dissonance takes over. The cognition that someone can share the purity of our intentions, but not the beliefs necessary to achieve them is dissonant. The primary strategy used to reduce this dissonance is why the political landscape is so caustic: we undermine the good intentions of those espousing different political views.

The effect is transformative. Conservatives who want fewer gun restrictions are now crazy and violent. Liberals who favor gun control become cowards. Republicans hate poor people while Democrats reward laziness. Everyone wants to “destroy America” all of a sudden, yet it’s this reductionism that is destructive. It oversimplifies and creates a dialogue vacuum in which no progress can be made. The one-two combo of accuse and ignore is no strategy to solve our country’s problems and blinds us to the greatest threat to our liberty, exclusive to no nation, people, religion, or era.

This is part one of a two-part series. Part two to follow in the upcoming week. 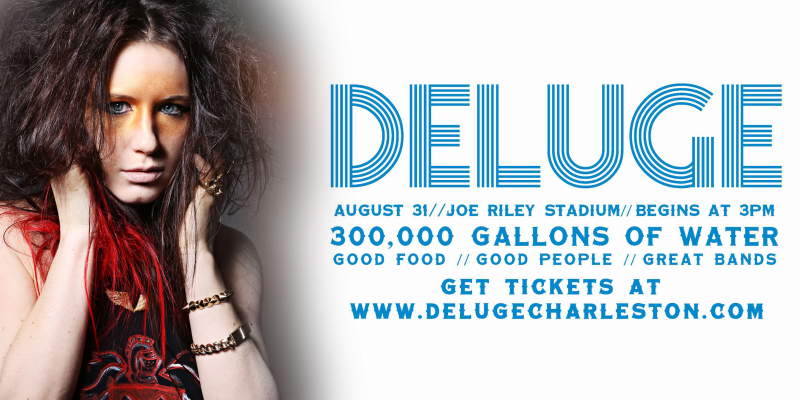 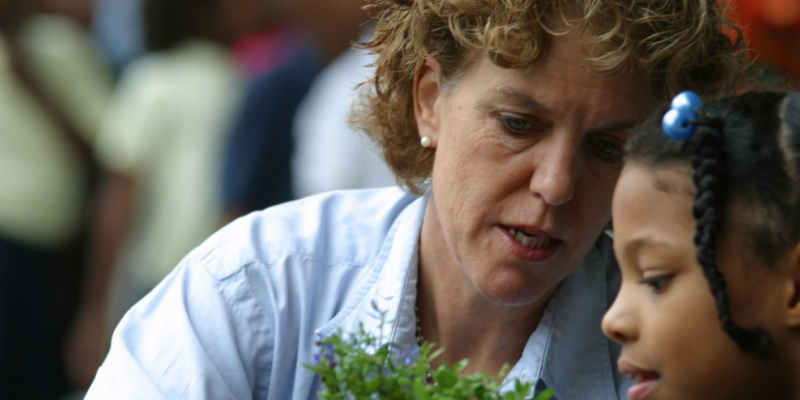 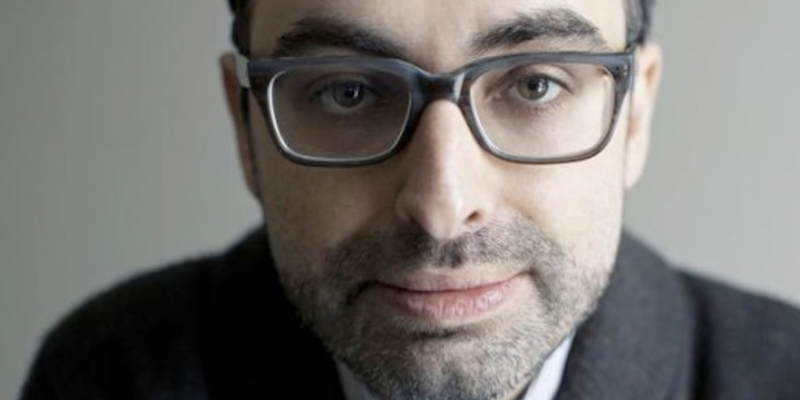 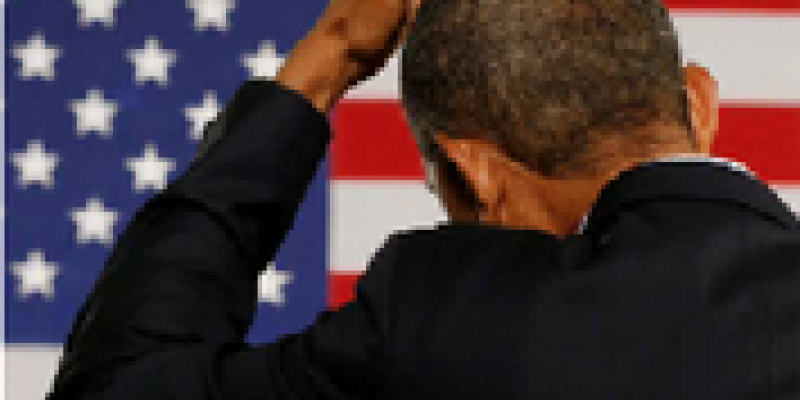 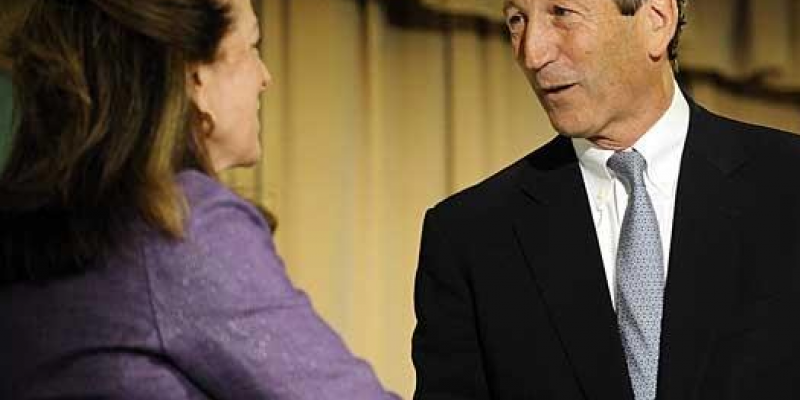 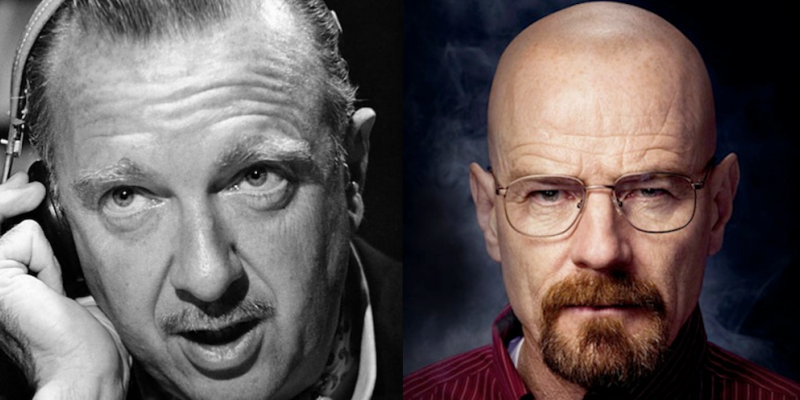