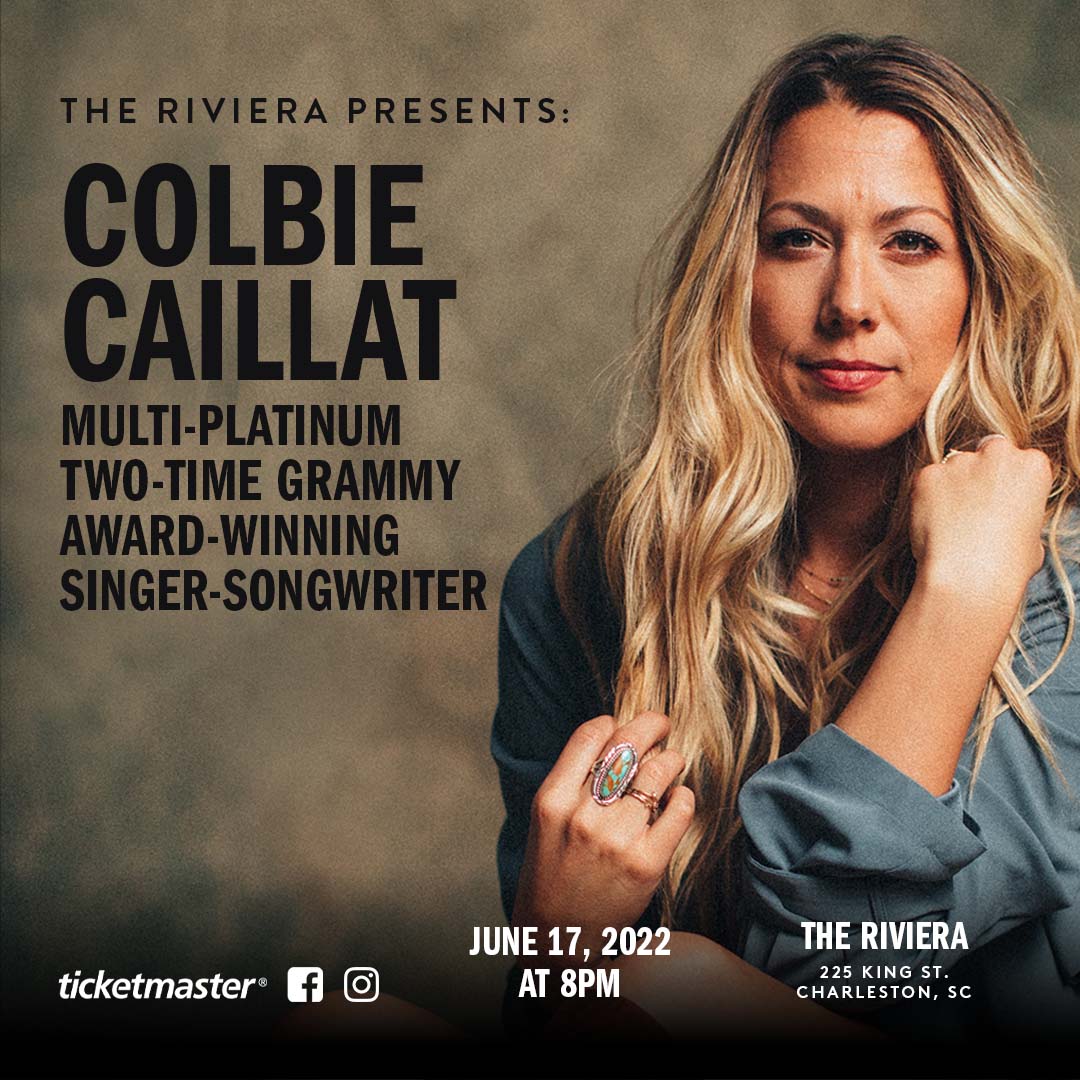 This concert follows on the heels of The Riviera's previously sold-out shows including an Evening with Jewel and The Wallflowers.

The Riviera, Charleston’s 1930s Art Deco theater, is excited to announce its upcoming concert withColbie Caillaton Friday, June 17th. The multi-platinum two-time Grammy Award-winning singer-songwriter is bringing her "Coco Live" 15th Anniversary tour to Charleston, SC. Doors will open at 7 p.m., and the show will begin at 8 p.m. The concert is open to all ages and tickets will be available for purchase on Friday, April 29th at 10 a.m. on Ticketmaster.

Colbie Caillat broke into the music scene in 2007 with her double-platinum debut album “Coco” and has become well known for her hits including “Bubbly”, “Realize”, and her duet withJason Mraz,“Lucky.” This evening will offer a unique and intimate experience in a comfortable, social environment.

This concert follows on the heels of The Riviera's previously sold-out shows including an Evening withJewelandThe Wallflowers.Additional concerts and performances are to be announced in the coming months. To learn more about The Riviera and upcoming events, visit ourFacebookpage.