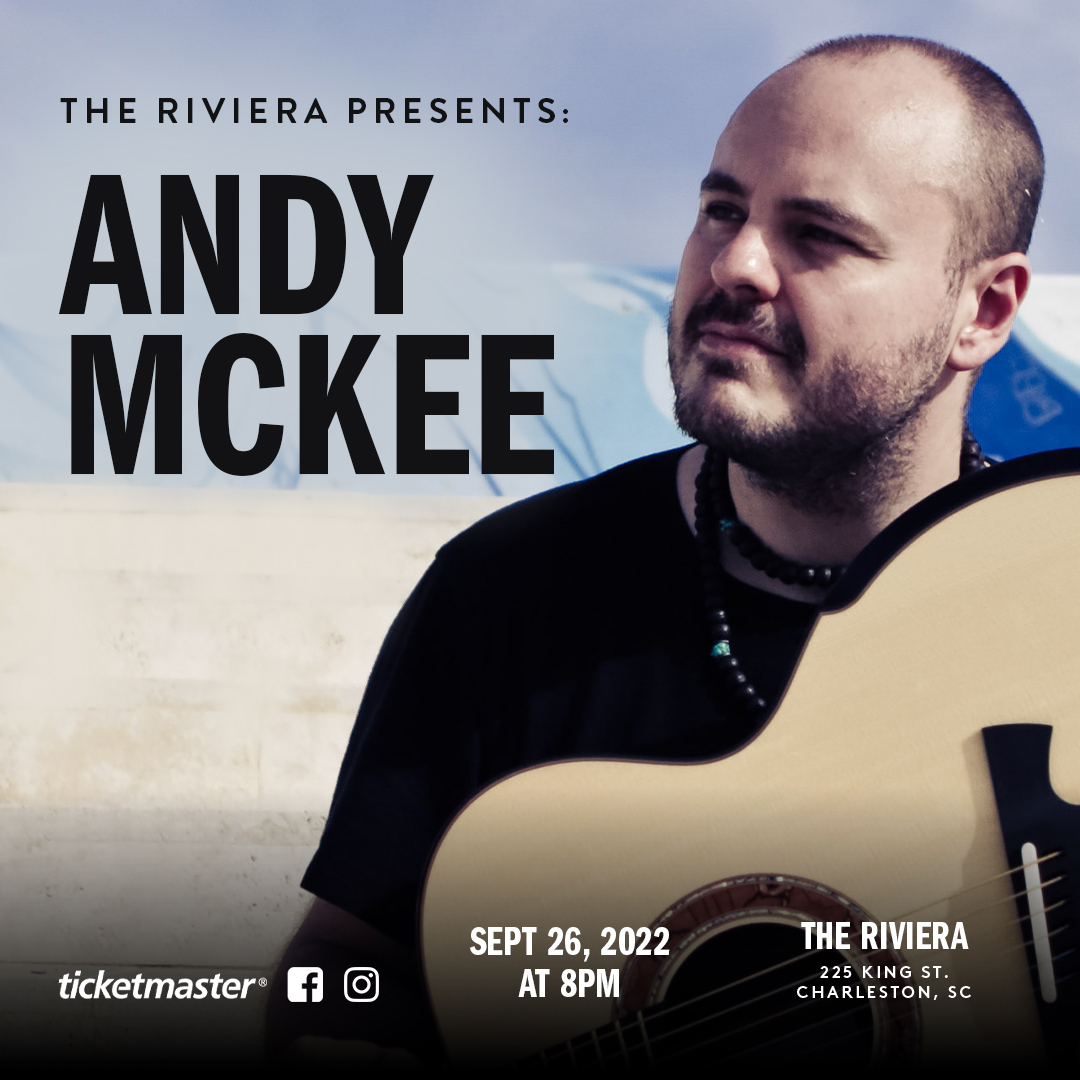 McKee’s youthful energy and attention to song structure and melodic content elevates him above the rest.

The Riviera, Charleston’s 1930s Art Deco theater, is excited to announce its upcoming show with Andy McKee on Monday, September 26th for his “The Next Chapter Tour” in support of his new album “Live Book.” McKee’s youthful energy and attention to song structure and melodic content elevates him above the rest. Doors will open at 7 p.m., and the show will begin at 8 p.m. The concert is open to all ages. Tickets are available for purchase onTicketmaster.

McKee entertains both the eye and the ear as he magically transforms the steel string guitar into a full orchestra via his use of altered tunings, tapping, partial capos, percussive hits and a signature two-handed technique. His crossover success has helped him to achieve millions upon millions of YouTube viewers, underscoring his emergence as one of today’s most unique and influential artists. He has been featured as a cover story in bothAcoustic Guitar Magazinein the U.S. as well as Acoustic Magazine in the UK and is also the figurehead of the unique American Guitar Masters tours.

This show follows on the heels of The Riviera's previously sold-out shows, including Jewel and The Wallflowers. Additional concerts and shows are to be announced in the coming months. To learn more about The Riviera and upcoming events, visit the Facebook and Instagram page.