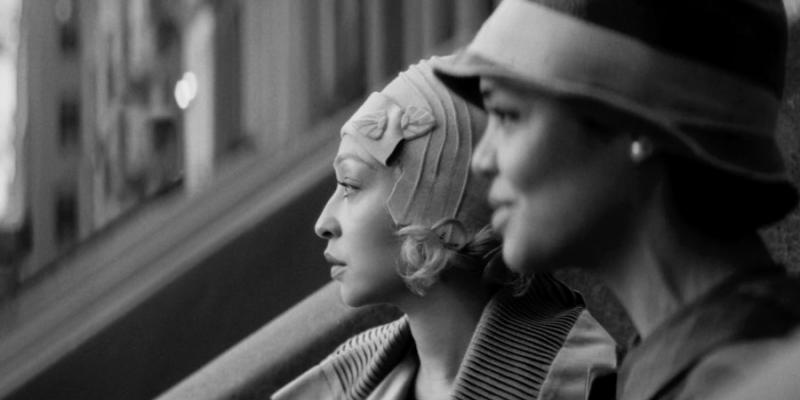 In this series, the Gibbes will explore the tradition of race-passing narratives as represented on the silver screen.

The Gibbes Museum of Arthas announced the second installment of its film series, titled “Gibbes Films in Focus: Passing Strange”, which will feature the Lowcountry’s first screening of the 2021 Sundance Film Festival selection, “Passing,” by Rebecca Hall, starring Tessa Thompson, Ruth Negga, Andre Holland and Alexander Skarsgård and adapted from the groundbreaking novel by Nella Larsen. In this series, the Gibbes will explore the tradition of race-passing narratives as represented on the silver screen.

From Kate Chopin’s 1893 short story “Désirée's Baby," to the 1936 and 1951 adaptations of the musical “Showboat,” America has been enthralled by passing narratives, whereby a person of Black descent, but of ambiguous or white features, slips into white society, destabilizing the strict racial codes that have governed so much of American life. This three-part series will be held at the museum this fall.

“With the addition of ‘Passing’ to the lineup of feature films, we hope to educate and inspire viewers, while allowing them to experience this special screening of a 2021 Sundance selection.” — Angela Mack

“Whether a classic noir or a cutting-edge documentary, the Gibbes believes in the power of great filmmaking to bring people together, to put audiences in touch with new ideas and to celebrate the diversity of the human experience,” says Angela Mack, the Gibbes Museum of Art’s executive director. “With the addition of ‘Passing’ to the lineup of feature films, we hope to educate and inspire viewers, while allowing them to experience this special screening of a 2021 Sundance selection.”

Join us this fall for the second installment in our film series Gibbes Films in Focus: Passing Strange where we’ll explore the perils of race-passing, a genre of American cinema that from the film adaptation of Show Boat starring Ava Gardner to Julie Dash’s 1982 independent film Illusions has long captivated American audiences.

November 19 | 6:30PM Special Netflix Screening of the 2021 Sundance selection Passing directed by Rebecca Hall and inspired by the novel of the same name by Nella Larsen.

Clare Kendry (Ruth Negga) is living on the edge. Light-skinned, elegant, and ambitious, she is married to a racist white man unaware of her African American heritage, and has severed all ties to her past after deciding to “pass” as a white woman. Clare’s childhood friend, Irene Redfield (Tessa Thomson), just as light-skinned, has chosen to remain within the African American community, and is simultaneously allured and repelled by Clare’s risky decision to engage in racial masquerade for personal and societal gain.