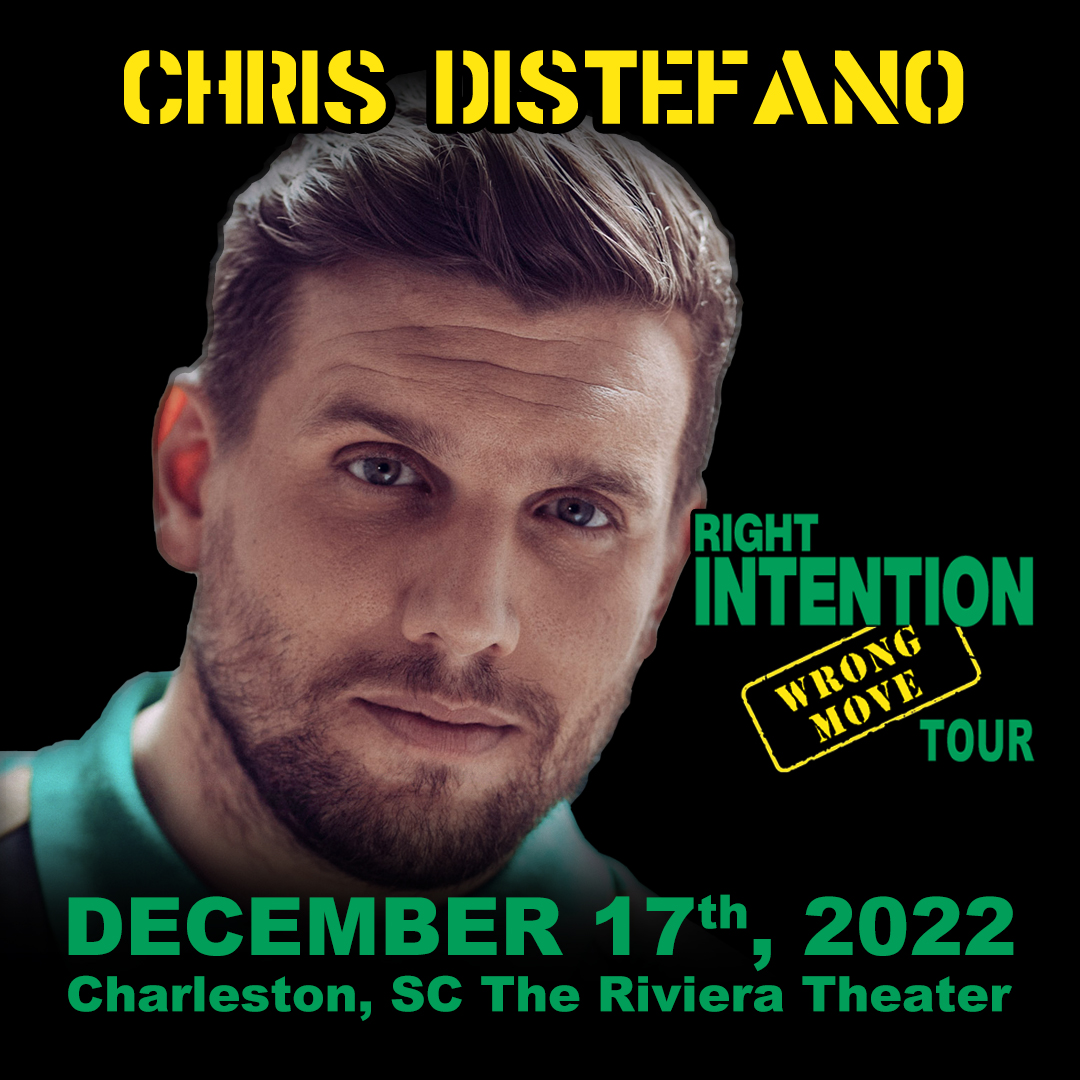 Chris Distefano is one of today's biggest and most beloved names in comedy.

The Riviera, Charleston’s 1930s Art Deco theater, is excited to announce its new upcoming show with Chris Distefano on Saturday, December 17th at 7 pm. The show is open to ages 18 years and older, and tickets are available for purchase on Ticketmaster.

Chris Distefano is one of today's biggest and most beloved names in comedy. He quickly rose to success after being named the funniest person on MTV for his show-stopping performances on the Guy Code/Girl Code series. From there, he went on to star in IFC’s Benders, co-host the Netflix gameshow Ultimate Beastmaster, and even had his own CBS sitcom. Outside of television, Distefano has also become one of the most respected and flat-out funniest comedians in the standup world. Fresh off his appearances on The Late Show with David Letterman and Late Night with Seth Meyers, Chris released his Comedy Central special 38 Waist, which perfectly encompassed both his Brooklyn-born edge and nice-guy charm.

This show follows on the heels of The Riviera's previously sold-out concerts, including An Evening with Jewel, The Wallflowers, and Colbie Caillat. Additional concerts and shows are to be announced in the coming months. To learn more about The Riviera and upcoming events, please visit www.therivierachs.com or The Riviera’s Facebook and Instagram pages.