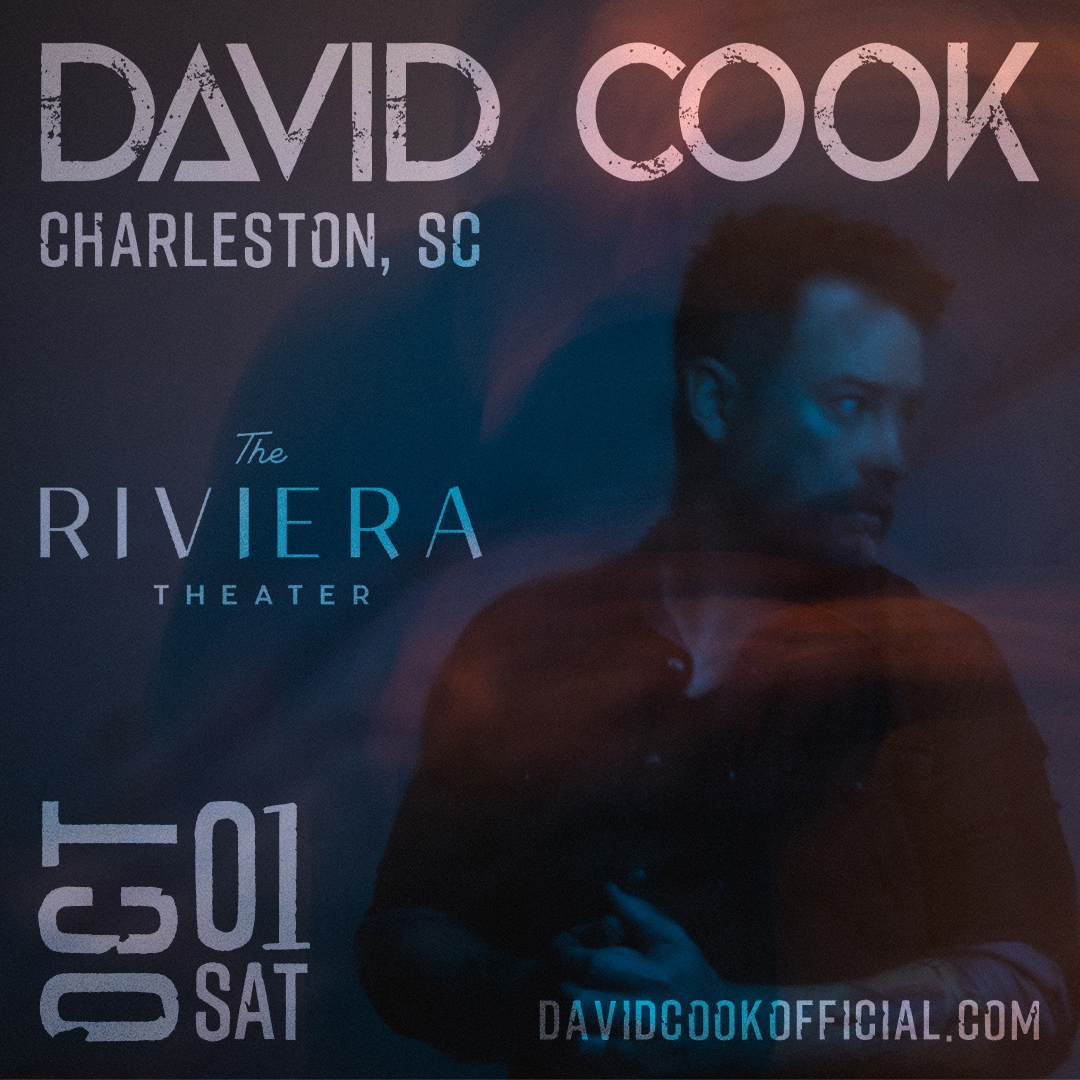 Cook continues to find success, not only for himself but also as a writer for other artists and touring throughout the world.

The Riviera, Charleston’s 1930s Art Deco theater, is excited to announce its new upcoming show with David Cook on Saturday, October 1st at 8 pm. The concert is open to ages 18 years and older, and tickets are available for purchase on Ticketmaster.

David Cook (and yes, the same David Cook who launched into stardom following his American Idol Season Seven win) certainly knows his way around a good song. His first album, Analog Heart, came out pre-Idol, and his last album, Digital Vein, nicely book-ended that chapter of his career, a chapter during which he sold more than 2 million albums and, collectively, more than 5 million tracks worldwide. Cook continues to find success, not only for himself but also as a writer for other artists and touring throughout the world.

This concert follows on the heels of The Riviera's previously sold-out shows, including An Evening with Jewel, The Wallflowers, and Colbie Caillat. Additional concerts and shows are to be announced in the coming months. To learn more about The Riviera and upcoming events, please visit www.therivierachs.com or The Riviera’s Facebook and Instagram pages.